By Adam WoodhouseNovember 12, 2021No Comments

NLTG (North Lancs Training Group), the Accrington-based training provider, have been named Training Company of the year at the National Fenestration Awards for the second year running.

Held at the fantastic Doncaster Racecourse, NLTG were presented with their 2020 award before being announced as the 2021 winners.

It is the fourth time that they have picked up the accolade since the event was launched in 2013. The UK’s largest and most inclusive fenestration awards, the NFAs are run and decided completely by the participation of the industry.

Gareth Lindsay, Managing Director of NLTG, said: “We are delighted to have won such a prestigious award for the fourth time in nine years!

“It is not only a massive credit to the team here at NLTG but also to the fantastic Apprentices who are continuing to thrive on a daily basis.

“We are humbled and extremely proud to be recognised by those in the heart of the industry and would like to thank everyone who nominated and voted for us both in 2020 and in 2021.”

The NFAs are open to any person or company in the UK fenestration industry supply chain, with a nominations phase launched at the start of every year with two dozen categories recognised, before a shortlist is announced and voting commences.

NLTG provide Apprenticeships and Traineeships along with free courses for people of all ages who are not currently in work. It’s a chance to gain skills, train, and give people a better chance of entering the workplace with the skills that local employers need. For more information about NLTG please visit www.nltg.co.uk. 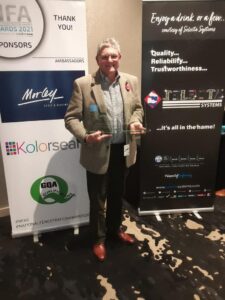