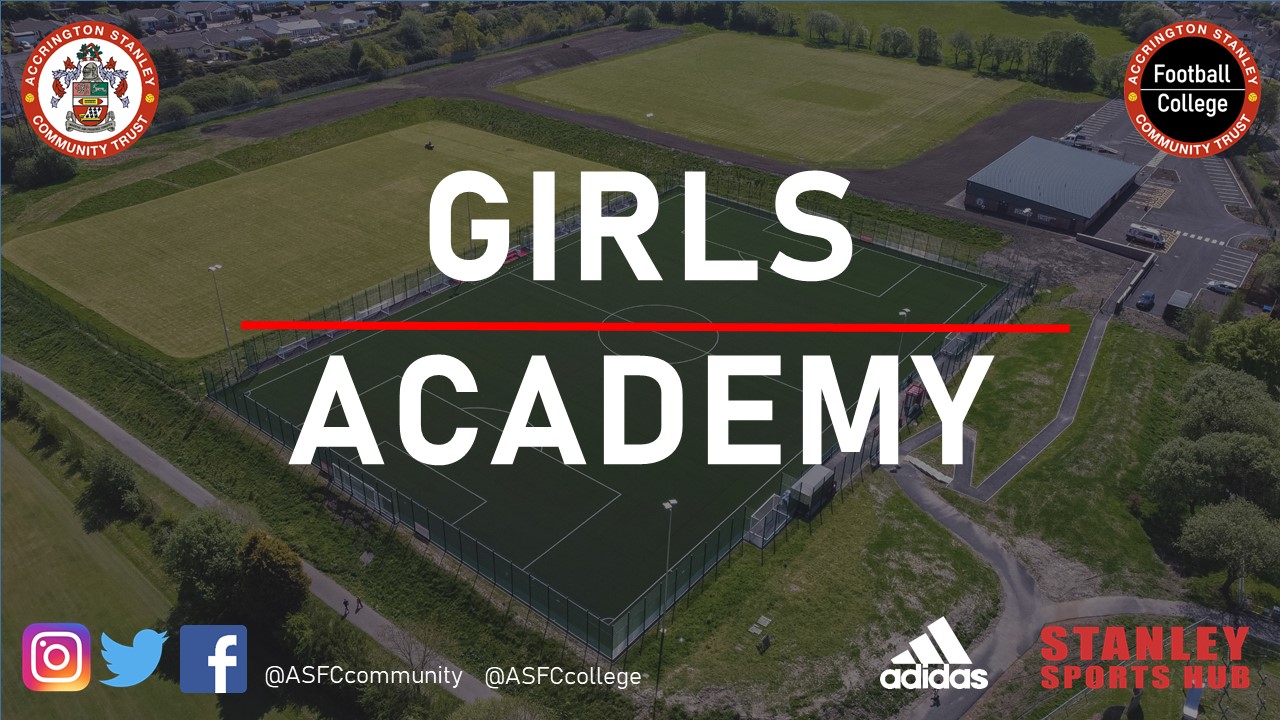 By Amazing AccringtonAugust 2, 2022No Comments

The England Lionesses’ historic win over Germany last night in the Euro 2022 final at a sold-out Wembley was watched by 17.4 million people on BBC One, making it the most-watched programme in 2022 so far. Goals from Ella Toone and an extra-time winner from Chloe Kelly led to an England victory – the first in a major international tournament since 1966.

The whole tournament has been inspirational to young women and girls, and with the development and strength of grass roots football this will lead to future success for the team. Accrington Stanley Football College, part of the Accrington Stanley Community Trust, are keen to ensure that girls are given the same opportunities and pathways into a career in football as their male counterparts. They are launching a full time Girls Academy for 16-19 year olds to bridge the gap and progress them into adult football, at the highest level possible.

All girls who look to join the full time Girls Academy will:

-Study a BTEC Level 2, 3 or Extended Diploma in Sport

Football College Lead Football Coach and Recruitment Officer, Matt Parkinson commented, “The introduction of the full time Girls Academy will allow girls with a passion for football and sport, to develop themselves further both on and off the pitch. We can’t wait for September 2023 to work with our first set of new Accrington Stanley Girls Academy players.”

Kelly-Ann Groves, Chair of Accrington Stanley Women FC, commented: “What a victory for the Lionesses last night – we have some outstanding players at ASWFC and I’m sure we have future England players among our teams.

I echo Ian Wright’s comments, we’ve got to make sure that women and girls are able to play, and get the opportunity to do so – and the launch of this academy will enable them to take football further as a career choice too. This is a fantastic move for women’s football in the Accrington area.

This opportunity gives our young women and girls the ability to access the same pathways and educational choices as the boys and men’s teams – building on a solid, sustainable, community driven approach.”

The Accrington Stanley Girls Academy will launch in September 2023, with applications being taken now. To apply, contact Matt Parkinson for an initial chat on 01254 475013 or by email matt.parkinson@stanleytrust.co.uk